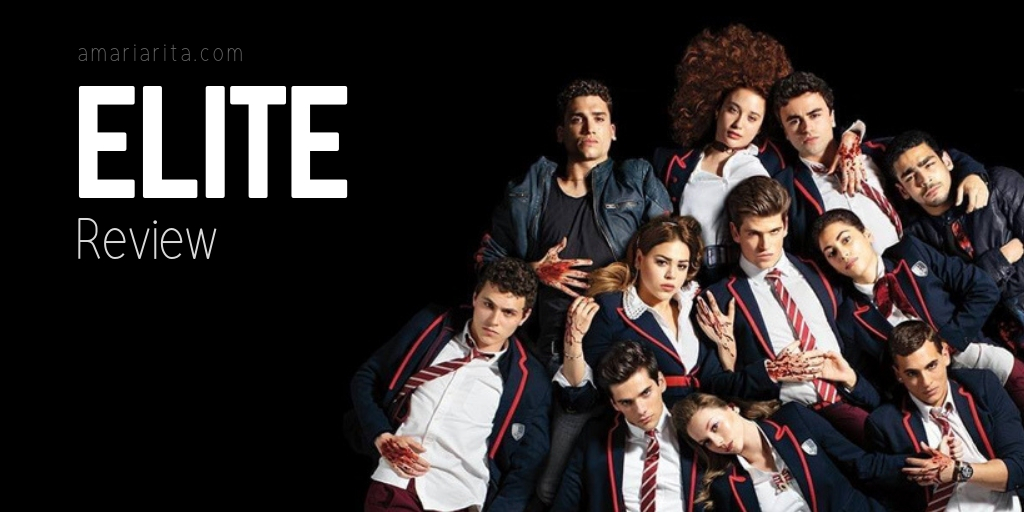 Hey! As a person who loves tv shows and, since many of my favorite tv shows are from Netflix, when I saw it released another Spanish tv show, I was too curious and, when I had the chance, I started my marathon of episodes. I wasn’t counting on watching all the episodes in one day but I liked it so much and I just wanted to know what would happen next.

“The story begins with an earthquake in a public school. With the facilities destroyed, the students are distributed to other establishments, including the most exclusive school in Spain, Las Encinas.
That’s where three middle-class students go and the clash with the rich kids and the descendants of important families is inevitable. A shocking homicide happens and doubts about the identity of the guilty party arise.”

In the first episode, we are presented the three temporal moments in which the series takes place, the pre-murder moment, in which we see the arrival of the three students to the new school and the way things evolve until the second moment, the moment of the murder of one student and, finally, the moment of the interrogations to discover who was the killer.
In this tv show, important aspects are explored, like social differences, religion and sexual choices.
I really enjoyed this series. With only eight episodes, it doesn’t get boring and when we realize it, we are in the last episode and asking for the next season! I recommend you to watch this tv show!
If you have already seen it, tell me what your opinion in the comments!